Great success of participation for the final event of the European Project “AGEment”. 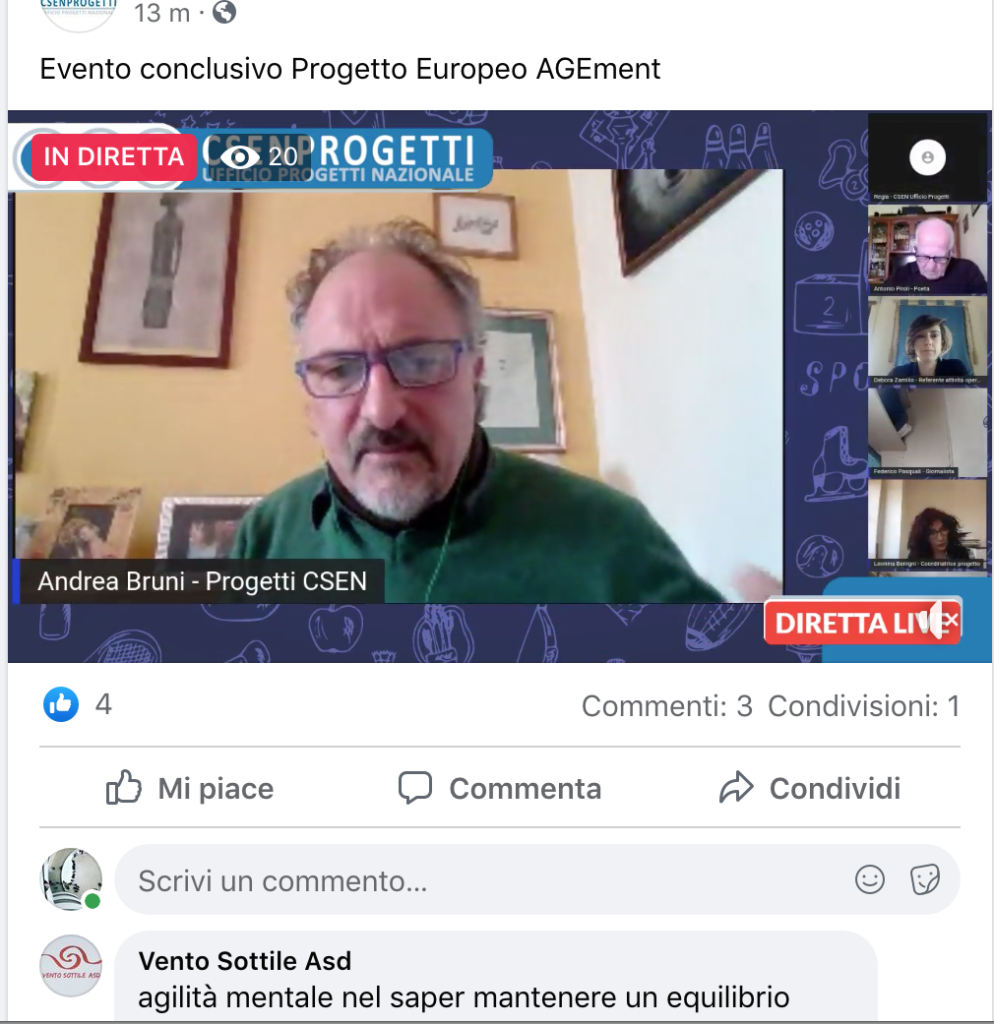 After two years of activity, on March 25, was held the final seminar of the European project “AGEment”, co-financed by the Erasmus+ Program, of which CSEN is a partner. The final act was held remotely, with a long live social broadcast on the Facebook pages of Csen Progetti and Csen Europe, and has seen the participation of the referents of the project and many testimonials, reaching over 2300 people.

The innovative working method used was presented by Leonina Benigni, coordinator of the project, who illustrated all the steps taken to achieve the goal of raising awareness among the elderly population about the importance of active aging.

Following this, video clips made with some of the protagonists of AGEment were broadcasted and commented on by them. Specifically, the dance teacher Paolo De Angelis, the street painter Mario D’Amico and the poet Antonio Piroli, all three engaged in the dissemination of cultural values among the elderly, have intervened.

Then it was the turn of Dr. Andrea Principi of the Center for Economic and Social Research on Aging, who illustrated the contents of an interesting research on the subject, which currently involves thousands of Italian citizens.

After the greetings and thanks for the important work carried out by CSEN on the part of ANAP Secretary Fabio Menicacci, it was the turn of Debora Zamillo, the project’s operational contact, who described the various phases of the implementation process, and illustrated the results obtained by the Italian team and those of the other three nations participating in the project, Spain, Portugal and Romania. 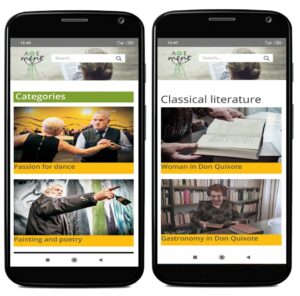 Press release on the AGEment App 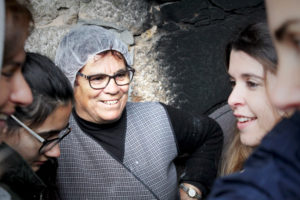 Presentation of the results of the AGEment project – Romania